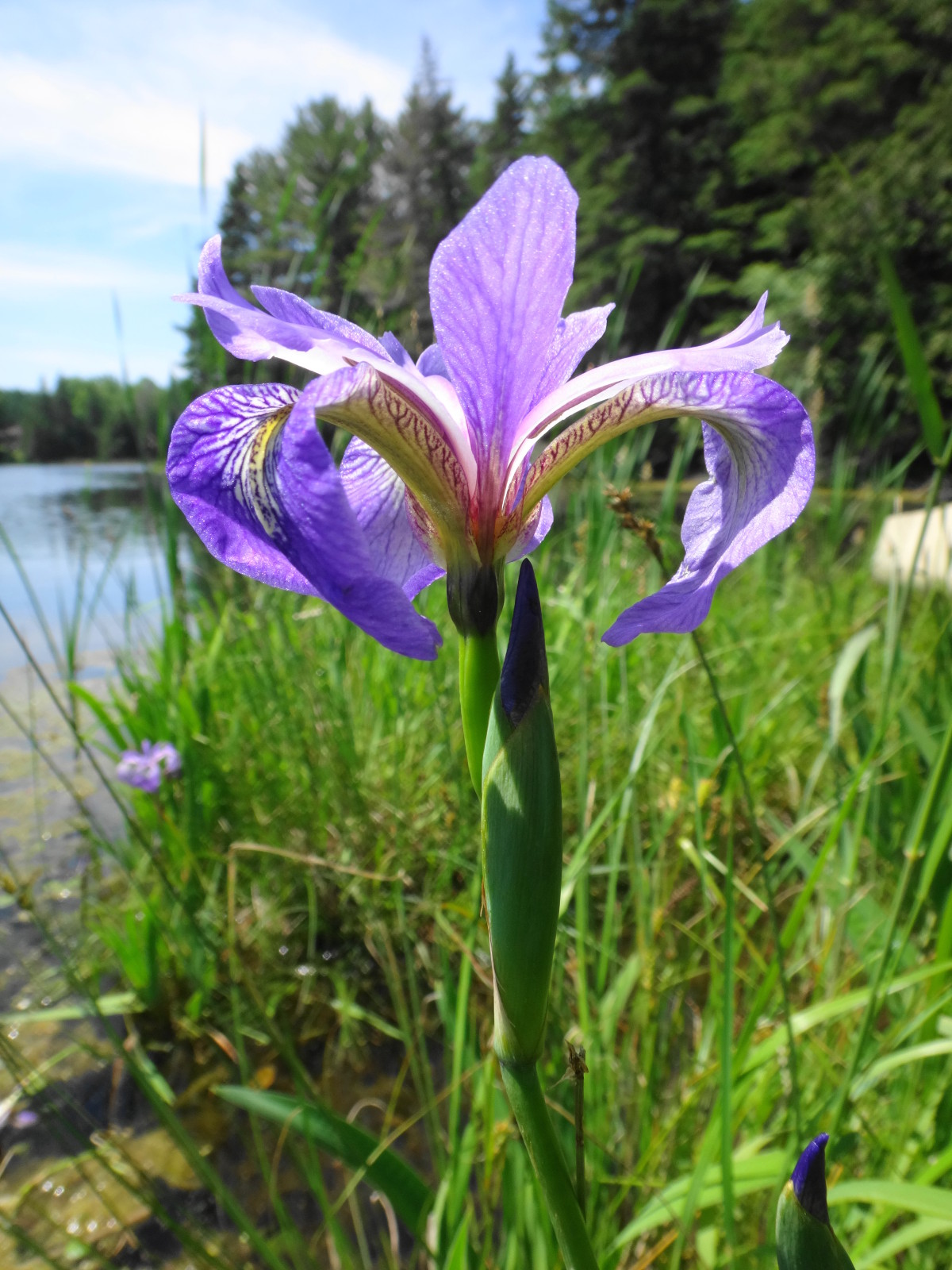 I wonder, sometimes, if some places should remain undiscovered.  If they remain unknown, then who will care to protect them?  But if they become too well known, how much attention can they withstand?  The Morris Island Conservation Area and the Snye River fall into that category.

Morris Island lies at the far west edge of Ottawa, on the Ottawa River just upstream of Des Chats Dam.  The Snye River, a shallow, rocky stream, separates the island from the mainland.  The Snye originates as a branch of the Mississippi River, which enters the Ottawa River at Marshall Bay, upstream of Morris Island.  About 500 m from the mouth of the Mississippi River, the Snye branches off 90 degrees from the main channel and winds its way northeast for several kilometres, rejoining the Ottawa River near Fitzroy Harbour.  I haven’t found any explanation for the origin of the Snye River.  However, the Ontario Geological Survey identifies the area as “confirmed karst”.  Karstic features appear in many places along the Snye, which leads me to think that it probably began as a cave feature, subsequently collapsing to create a surface stream.

Only one small bridge crosses the Snye, limiting development to less than 15% of Morris Island, clustered entirely on the west side.  Most of the island remains privately-owned.  Without another bridge, however, no further large development can occur, and the cost of such a bridge appears prohibitive.  Provincially significant wetland and habitat for species at risk also cover much of the island.  In the short term, therefore, the area appears likely to remain largely natural.  In the long term, it would benefit from greater public ownership.

Fortunately, the most scenic part of Morris Island already resides in public ownership.  The Morris Island Conservation Area — owned by the City of Ottawa and managed by the Mississippi Valley Conservation Authority — lies at the very end of the island’s road, on the south side of Lac Des Chats, in the backwater of Des Chats Dam.  The calm, stable waters of the lake lap along a rugged shoreline and archipelago of small islands.  Trails lead from the small parking lot.  One broad, accessible trail follows the route of an old railbed along the shore, while narrower nature trails venture into the forest and across boardwalks to the larger islands.

A pretty place at any time of year, Morris Island looks most beautiful in the autumn.  Along the shorelines of the islands, the gold, red and yellow foliage reflects in the still water.  Leaves carpet the pathways.  The rich odour of damp earth fills the air.  In the late afternoon, the low sunlight glows warm.  A cast lure lands in the gentle river with a quiet, “plop”.

The Snye River, in contrast, deserves a morning paddle in the richness of full summer.  Sunlight penetrates deep into the clear water.  Longnose gar warm themselves in the shallows, and smallmouth bass lurk as dark shadows at the edge of boulders or beneath undercut banks.  Turtles glide below the surface.  The river cuts through bedrock, alternating between deep pools and short, shallow riffles.  In some of the longer, wider runs, enough sediment has built up to form small marshy areas and wet meadows.  It may be the most picturesque river in Ottawa.

Morris Island and the Snye River provide one of the best places in Ottawa to find and photograph wildlife.  The mix of forest types, the presence of wetlands, the confluence of two major rivers, and the close proximity of West Quebec’s enormous wilderness areas, give the area an amazing diversity of habitats and species.  Many of Ottawa’s species at risk enjoy relative protection and abundance in the area — a condition which deserves respect and sensitivity.  Visitors should heed the old Sierra Club motto:  “take nothing but a photograph; leave nothing but a footprint.”  If we treat the area gently, then it should remain a haven for future generations of wildlife and visitors.